There was a recent discussion on the Extreme Programming mailing list kicked off by Ron Jeffries saying he wants his XP back.

The implication being that Extreme Programming is no longer practised, and that most “Agile” organisations are actually practising Flaccid Scrum – some agile process but little of the technical practices from Extreme Programming.

Update: Ron clarifies in the comments that we agree that extreme programming is still practised, but it would be good if it were practised by more teams.

Extreme Programming is alive and well, at least here in London. We have XProlo, eXtreme Tuesday Club, XPDay and many other communities dedicated to XP practices under other names like Continuous Delivery and Software Craftsmanship. There are enough organisations practising Extreme Programming for us to organise regular developer exchanges to cross-pollenate ideas. Extreme programming skills such as Test-driven development and continuous-integration are highly in demand skills in Job Descriptions, even if there is much confusion about what these things actually entail.

“my goal in laying out the project style was to take everything I know to be valuable about software engineering and turn the dials to 10.”

Well now we have turned the dials up to eleven. What does modern Extreme Programming look like?

Turning the dials up to 11

Here are some of the ways we are now more extreme than outlined in Extreme Programming explained. 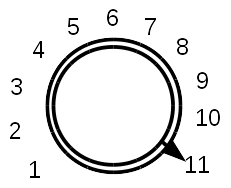 Update: Apparently XP Teams are so aligned that Rachel has written a similar blog post, covering this in more detail.

XP Explained says “Write all production programs with two people sitting at one machine”. We’ve turned this to eleven by choosing how many people are appropriate for a task. We treat a pair as a minimum for production code, but often choose to work with the whole team around a single workstation. Mobbing is great when the whole team needs to know how something will work, when you need to brainstorm and clarify ideas and refinements as you build. It also reduces the impact of interruptions as team-members can peel in and out of the mob as they like with minimal disruption, while a pair might be completely derailed by an interruption.

When pair programming it’s encouraged to rotate partners regularly to ensure knowledge gets shared around the team and keep things fresh. Mobbing obviates the need to rotate for knowledge sharing , and takes away the problem of fragmented knowledge that is sometimes a result of pair rotation.

In Extreme Programming explained Kent Beck explains that “XP shortens the release cycle”, but still talks about planning “releases once a Quarter”. It suggests we should have a ten-minute build, integrate with the rest of the team after no more than a couple of hours, and do Daily Deployments.

We can take these practises to more of an extreme.

Each of these vertical blue lines is our team deploying a service to production during an afternoon.

David Farley recently said “Reduce cycle time and the rest falls out” at Pipeline 2015. When turning up the dial on release frequency we find we need to turn other dials too.

We wish to move fast for two reasons.

Continuous Deployment helps us move fast and get valuable feedback frequently, but the freedom to deploy-continually is only practicable if our teams also have a collective responsibility for maintaining our systems in production. To make sensible decisions about what to build and release we need to also have the responsibility of being woken up when it goes wrong at 2am.

Continuous deployment and collective ownership of infrastructure operations means we can move fast, but then the bottleneck becomes the customer. We can learn whether our changes are having the desired effect rapidly, but the value of the feedback is not fully realised if we cannot act upon the feedback to change direction until a scheduled customer interaction such as a prioritisation meeting.

Hence we extend collective ownership to all aspects of product development.

Everyone on the team should be not only be free, but encouraged to

Collective product ownership implies some more things. Instead of giving teams a project to build a product or some major set of features over a time period, the team is given ownership of one or more Products and tasked with adding value to that product. This approach allows for full collective product ownership, close collaboration with customers, and fully embracing change as we learn which features turn out to be valuable and which do not.

This approach is more similar to the military idea of Commander’s Intent. The team is aware of the high level business goals, but it is up to the team, with embedded customer to develop their own plans to transform that thought into action.

Hypotheses as well as Stories

User stories are placeholders for conversation and delivery of small units of customer-visible functionality. These are useful, but often we make decisions about which features to prioritise based on many assumptions. If we can identify these assumptions we can construct tests to confirm whether they are accurate and reduce the risk of spending time implementing the feature.

When working in close collaboration with customers to test assumptions and collectively decide what to do there’s also less need for estimation of the cost of stories, and there’s certainly less need to maintain long backlogs of stories that we plan to do in the future. We can focus on what we need to learn and build in the immediate future.

Or TDD becomes MDD. When we collectively own the whole product lifecycle we can write our automated production monitoring checks first, and see them fail before we start implementing our features.

This forces us to make sure that features can be easily monitored, and helps us avoid scope creep, just like TDD, while ensuring we have good production monitoring coverage.

Just like with TDD, MDD gives us feedback about the design of our systems, which we can use to improve our designs. It also gives us a rhythm for doing so.

Nearly all of the above are designed to maximise learning, whether it is from our peers during development, our production environment when we integrate our changes, our users when we release changes, or our customers when we test hypotheses.

But it’s also important to have space for individual learning, it helps retain people and benefits the team.

Extreme Programming practices have changed in the last 15 years because we are continually learning. Some of the ways to provide space for learning include